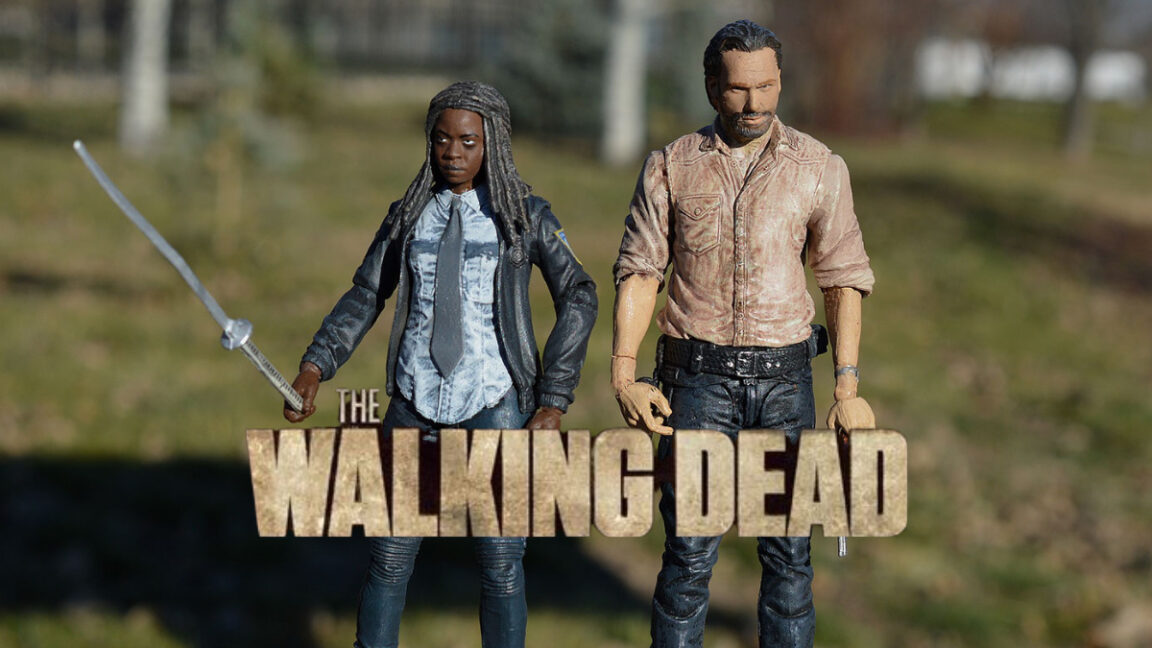 One of the most famous shows by AMC, The Walking Dead is the top pick if you are a fan of apocalyptic shows. The series is not like any other zombie show you have ever seen. The show revolves around survival, hatred, love and every human emotion you can think of. It shows the extremes a person can touch, when it comes to survival. The horror thriller with various characters, countless zombie aka walkers, battles, suspense, thrill, horror, the show keeps you on the hook till the end.

The Walking Dead is based on a post-apocalyptic horror TV show which came out with its first season towards the end of 2010 with a total of 6 episodes in that season. The show is adaptation of a comic book series of the same name created by Robert Kirkman.

It shows the struggles of people living in the post-apocalyptic world where there is no Government, no military, no electricity, no food, no law, and no rules. As time passes, the survivors realize that zombies are not the only enemies in the apocalyptic world, instead the survival war is between the different groups/communities of people. The lead character deputy sheriff Rick Grimes, who went into coma after getting shot, woke up to the world full of walkers. He starts searching for his family after waking up and walks through the streets to see the vicious flesh-eating walkers trying to eat him.

Well, after some struggle he finds his family and a group of survivors. Rick eventually becomes the leader and the groups struggles to survive and find the truth about the virus that is turning humans into walkers.

The cast list of The Walking Dead is a long one as the show has had 10 seasons by now. Every season introduced some new characters while many also left the show. The worth noting thing about the show is character development. The show begins with

Andrew Lincoln (Rick Grimes) – the Sherriff’s deputy and later the leader of the survivor’s group.

Steven Yeun (Glenn Rhee) – He was part of the group who survived the apocalypse and was of great help when it came to moving around because he had been a delivery boy so knew the area like the back of his hand.

Chandler Riggs (Carl Grimes) He is young and innocent at the time of the zombie apocalypse however as the series progresses, he becomes cold and is often in situations where he has to make tough decisions.

Norman Reedus (Daryl Dixon) is part of the survivor group and an expert tracker. At first, he is shown to be an ill-tempered man who does not get along with the group however as the series goes on becomes Rick’s right-hand. It was announced in the September of 2020 that Reedus will appear in the spin-off of The Walking Dead.

Melissa McBride (Carol Peletier) is a stern but compassionate woman who suffered abuse at the hands of her husband. Her character development throughout the show is a treat to watch.

Lauren Cohan (Maggie Greene) is shown to be a strong, independent, and fierce woman. At the beginning of the series, she is unaware of the zombie pandemic however once Rick’s group arrives, she fights like a skilled fighter protecting her people.

Danai Gurira (Michonne) is a tough and good-hearted woman who is initially quiet and does not mingle a lot with the group but with time opens up about her past. She becomes part of the main cast in season 3.

Other characters who made a strong impact on the show include

Where does the show take place

The country of origin is the United States of America and the episodes are shot in Georgia in the States. At the beginning of the show, the characters are in a post-apocalypse Atlanta where they try their best to survive and protect themselves against the zombies and later from the walkers. They shot the episodes in various locations in Georgia including Atlanta, Senoia, and beyond that too.

The timeline of the show was always confusing. The Walking Dead official page posted a picture of Rick Grimes, with the caption “From Day 0 to Day 632”. So, for 8 years in real life, the show had passed only two years. Well, Judith’s (Rick’s daughter) age is one of the best scales to measure the show’s timeline. This shows that around 10 years have passed till season 10.

The show has a TV-14 rating due to which the AMC show was criticized by The Parents Television Council. They stated that the show is not suitable for teens of 14 years as it has the most graphic, intense, and brutal violence and gore. The original rating was then changed to TV-MA, which means that it is suitable for the mature audience only. For some countries like Australia, Canada, Mexico, Germany, Ireland, Japan, and India, the show is rated 18+.

The Walking Dead is received well by the audience and critics. Many people loved how as the show progresses, the characters keep developing and even some of the antagonists become lovable characters. The thriller and horror series will not let you off the hook especially if you are a zombie, or apocalypse maniac. The show has a rating of 8.2/10 on IMDB and 82% on Rotten Tomatoes, and has millions of fans over the world.

Discuss the show in The Walking Dead Forum below:

One of the most famous shows by AMC, The Walking Dead. The series is not like any other zombie show you have ever seen.
| RSS
Topic Title
Last Post
Views
Posts The final season of the Walking Dead Will it get more spin-offs?

Will the movie be any good?

Has this show overstayed its welcome?

Back to Top
Close Create

Your password reset link appears to be invalid or expired.

To use social login you have to agree with the storage and handling of your data by this website.